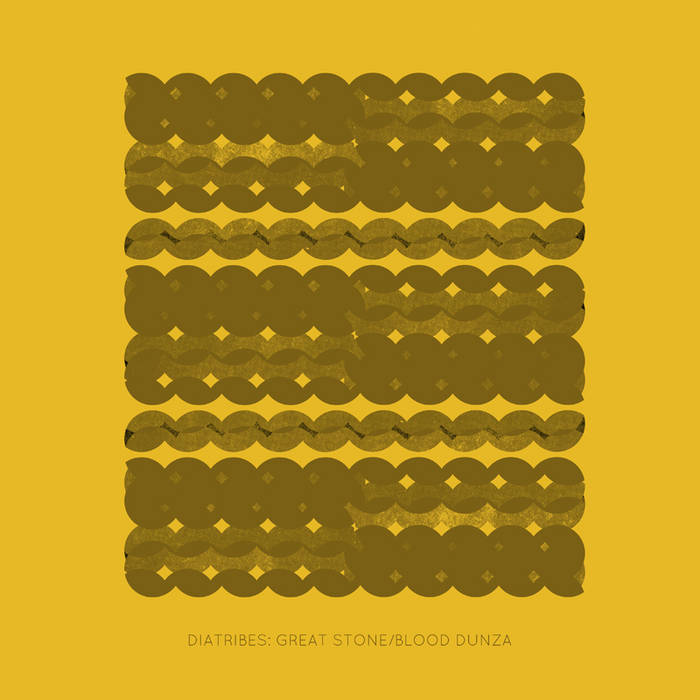 "In the 70's, a few adventurous jamaican sound engineers developed a revolutionary approach to the deconstruction of their mixes with a very playful use of, at that time, new technological effects, the dub, that would become a major influence on every beat based dance music.

Amongst them, Osbourne Ruddock aka King Tubby added his unique touch to hundred of productions, recognizable by his trademark colors, spring reverbs, filters and tape delays. Already in "Augustus" the diatribes duo tried to invoke some of these dub characters, the presence of heavy subs, the melodicas, repetitive percussive elements, but those ended-up buried in a post-improv attitude and form.

On this latest record, the attempt continues with the deconstruction of two classical roots reggae tunes from the 70's that passed by the dub master King Tubby’s genius’ hands. Obviously once again the sources are extented to an electroacoustic approach. The bass lines and melodic themes are stretched, the "effects" themselves treated as sound material.

"Great Stone" focuses more on the melodic aspects, with an echo/delay/tape ghost reference as d'incise and Cyril Bondi overdub the piece on its previous rehearsal recordings, while basses evoke the trembling walls at sound system parties.

"Blood dunza" is perhaps more "dub", the subtraction of "tracks" leads to silences, the basses act as a central pillar. Spring reverbs/noises, "chords" and even rhythm fragments appear and disappear.

As far as these two Diatribes pieces are from their supposed sources, the working process behind them, the circulation between conceptual or sometimes metaphorical elements, allows things to happen that in an other context would perhaps not have been dared. "

Diatribes, the Geneva based duo, continues his exploration of simplification and rational rituality, and presents a couple a work tighted together by strict sonic or structural principles. Highly detailed textures, repeated gestures, soft tones, febrile pulses and acoustic hyper-sensibility. ... more

Bandcamp Daily  your guide to the world of Bandcamp